Single Minded: The Benefits of Tools Made From Single Crystal Diamond

(As seen in Cutting Tool Engineering Magazine, by David Novak.) 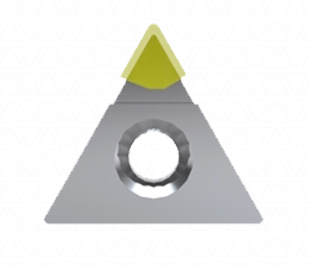 When it comes to the production machining of nonferrous materials such as high silicon aluminum, cutting tools made of single-crystal diamond (SCD) have traditionally taken a back seat to poly-crystalline diamond tools, which are known for their extreme durability. But in certain situations, like when finish is the critical process parameter, SCD outshines even today’s high-tech PCD. When turning aluminum pistons with PCD, finishes range from 15μin. to 50μin. Ra. With SCD, though, finishes as low as 4μin. Ra are achievable.

Moreover, applying SCD tools can save time. That proved to be the case for one aluminum-wheel manufacturer. It historically roughed wheels with a PCD tool, followed by polishing. Then the company replaced its PCD tool with an SCD one. The SCD’s sharp edge imparted a mirror finish, allowing the manufacturer to eliminate the polishing step.

In high-production operations involving nonferrous materials, such as those performed by the automotive and aerospace industries, roughness average commonly is used to quantify the finish of a machined part. To consistently produce parts with a low Ra, it’s imperative to apply a diamond tool with an edge that appears chip-free when viewed at high magnification. Most PCD tools are ground and inspected at a magnification of less than 50✕. When viewed at this magnification the individual diamond particles and voids inherent to PCD become visible and the tool edge looks jagged and uneven. The best finish such an edge could produce would be 15μin. to 50μin., depending on the operating parameters (speeds, feeds, DOC, etc.).

However, some applications call for a PCD tool whose edge is chip-free at 150✕ magnification. This is achievable, though very difficult to produce. Accomplishing it drives up the tool cost three to five times over the price of a standard PCD tool. These specials can impart finishes from 10 to 14 Ra. An SCD tool, on the other hand, has a chip-free edge when viewed at 1,500x magnification. A razor-sharp edge such as this imparts a mirror-like finish measured in angstroms (10-10m). Such tools are intended for high-priced turning machines, those designed specifically to run diamond tools while holding extremely tight part tolerances.

Organizations that require this ultraprecise level of machining include manufacturers of special metal-mirror and optical lenses, university and government laboratories, and agencies such as NASA and the Department of Defense. SCD tools are also increasingly being used on production-type machining centers to cut nonferrous and nonmetal materials for commercial purposes. The growing use of SCD tools in these applications is largely a result of PCD tools not being able to produce the required finish or because applying an SCD tool will eliminate a polishing step.

As with any tool material, SCD isn’t the best choice for every application. To help you determine if it’s right for yours, consider the following points:

The edge of an SCD tool is incredibly sharp, but its effectiveness is lost when making deep cuts. Of course, this restriction is highly dependent on the workpiece material and the cutting speeds and feeds, but, as a rule, any DOC deeper than 0.020″ is unsuitable for SCD. For applications where DOC exceeds 0.020″, it’s best to rough with a PCD tool and finish with an SCD tool.

SCD is excellent for machining a wide range of nonferrous metals, such as aluminum, copper and brass, and nonmetals, like plastic and wood. As with PCD, SCD is ineffective when machining any ferrous material.

While an SCD tool can provide unparalleled benefits over other advanced cutting tool materials, it’s also very expensive. For example, an SCD tool can cost up to 4 times more than a PCD tool. Despite the higher costs, however, SCD can reduce overall operating costs and improve productivity, when correctly applied.

One of the most common mistakes made by engineers switching to SCD tools is a failure to properly train machine operators. While diamond is the hardest material known to man, it is also very brittle and susceptible to thermal shock. This weakness is compounded when an SCD edge is sharpened. Any sudden impact, such as one that might occur if the tool were handled roughly or dropped, can cause the edge to chip, crack or even shatter. This will render an expensive tool worthless. Operators should be trained to think of an SCD tool’s tip as if it were glass. Even conventional touching off on the part is a no-no with these tools. To avoid chipping the delicate edge, a thin film should be placed between the diamond and the part when touching off.